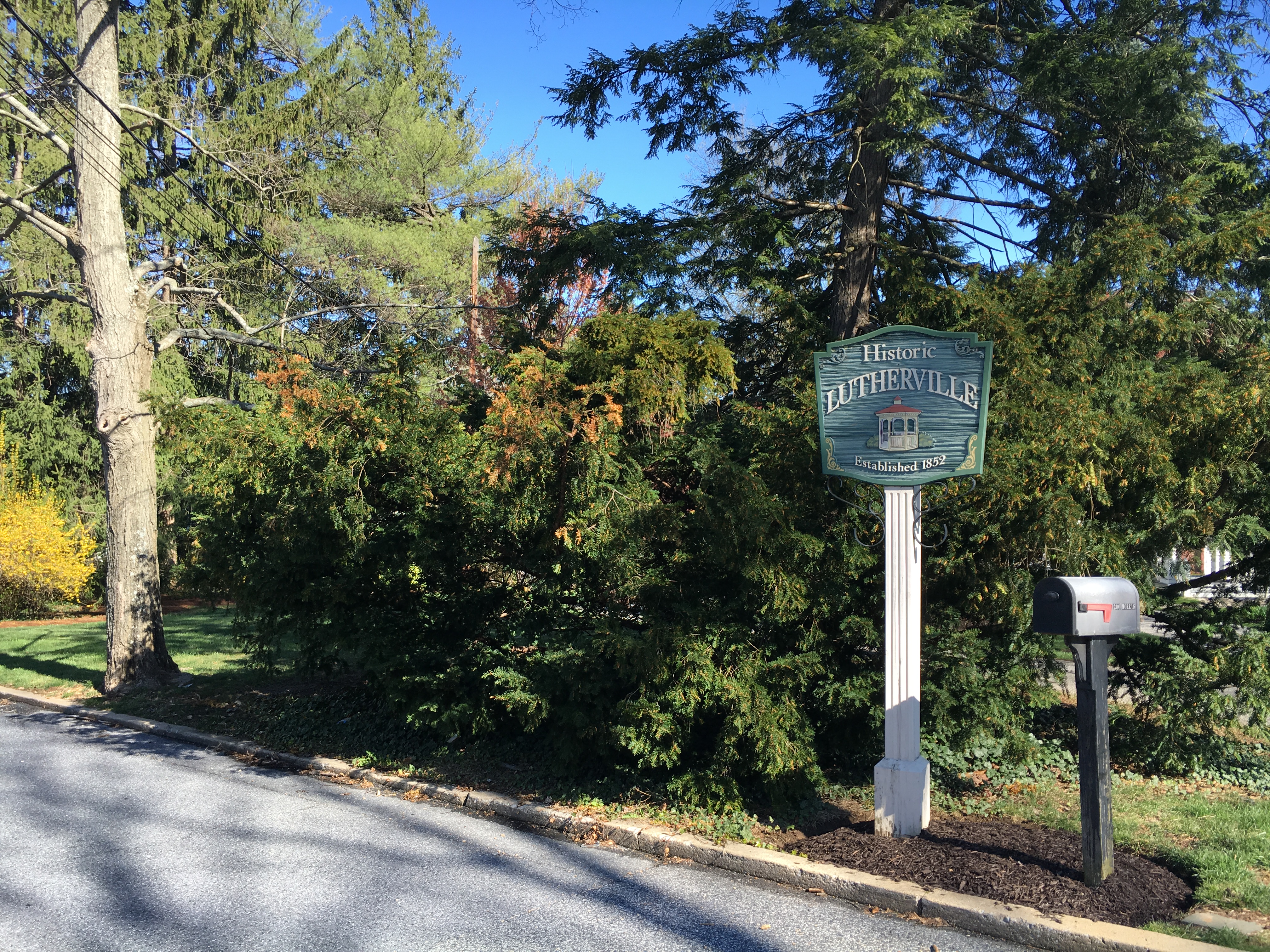 When two Lutheran ministers, John Morris and Benjamin Kurtz, founded the town of Lutherville in 1852, their intent was to create a planned community anchored by a school for women and a church. The Lutheran Female Seminary, as it was then called when it was founded in 1853 (now College Manor), was built near the tracks of the Baltimore & Susquehanna Railroad, a forerunner of the Northern Central Railway. St. Paul’s Evangelical Lutheran Church, founded in 1853, was eventually constructed in the center of what is now the Historic Lutherville district in 1856. The land for the town was originally part of the immense Hampton Estate owned by Charles Ridgely, from whom it was purchased in 1851. 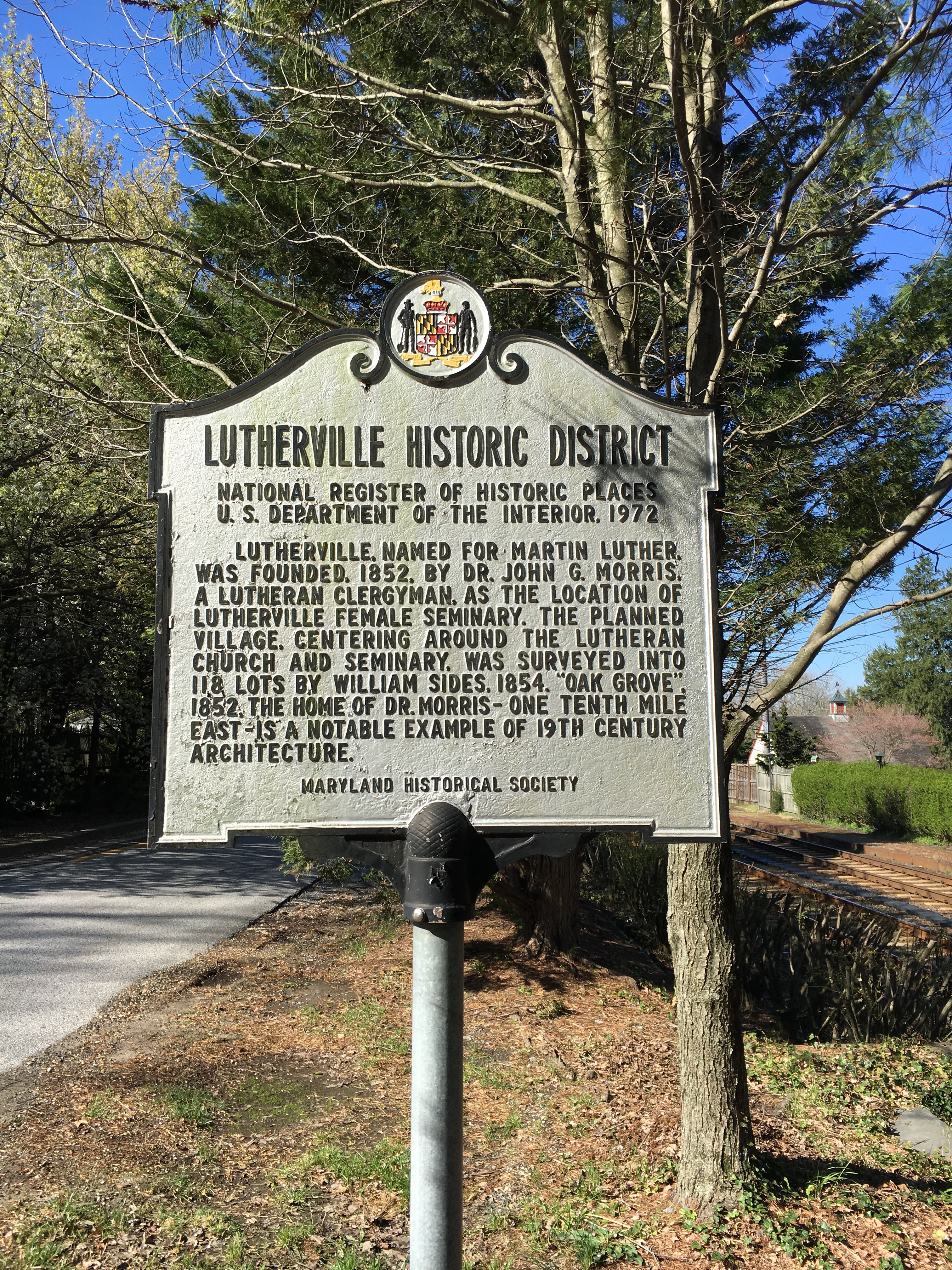 One of the pastors of St. Paul’s Evangelical Lutheran, the Reverend William Heilig, purchased four large lots (for $800) from the seminary and John Morris, and on that site he constructed an eight-sided house. Legend has it that Heilig was inspired by an article in Godey’s Magazine and Lady’s Book in 1854 that featured the octagonal residence of Orson Fowler, author of A Home for All, published in 1854. Construction started in 1855, but the Reverend experienced a setback as a result of “heavy rains [that] have demolished the walls…”1 as well as an accident when two carpenters fell from scaffolding “a distance of about 25 feet. They were both considerably hurt, though not dangerously.”2 Despite these challenges, Heilig chose to press on, and six months later, the home was completed in June 1856. 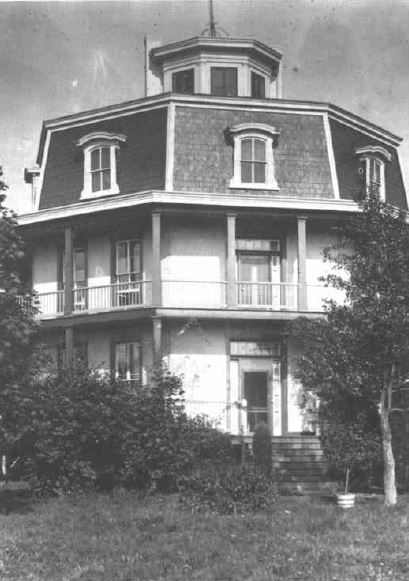 At the time of construction, the home was two stories and a basement. Sometime later, a third story with a Mansard roof and a cupola were added. The earliest photographs of the residence date from around 1910 and show these two additional levels. The Mansard roof was a bit incongruous stylistically with the original Victorian structure but can also be seen on several other homes in Historic Lutherville, so perhaps Heilig was again influenced by some of the homes constructed a bit later in town in the 1870s. During the Civil War, Reverend Heilig faced another challenge at the hands of confederate soldiers. During Harry Gilmore’s raid, a confederate soldier appeared and threatened to burn the place to the ground and demanded – and received – the post office funds (Heilig also served as the town’s postmaster). The soldier may have been lucky to leave when he did. According to the boys in the town, Heilig “was kindly but on occasion peppery, and a dead shot with a rifle.”3

At the end of the Civil War, President Lincoln traveled by train through Historic Lutherville and passed by Heilig’s house on his way to Gettysburg to deliver his famous address on November 19, 1863. Lincoln again traveled by train through Lutherville less than two years later, on April 21, 1865, as his funeral trained passed by on its way from Washington, D.C. to Lincoln’s final resting place in Springfield, IL.4

The home stayed in the Heilig family until 1916 when it was sold at public auction. 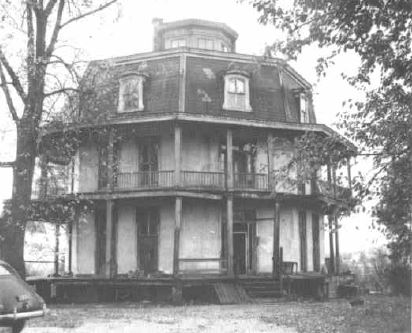 The family of George C. and Anna Parker Tracey then owned the home, with one interruption in ownership and several sequential renters occupying, until 1946. Over the 1930s and early 1940s the home deteriorated, and tax records show requests for tax reductions after the demolition of a stable and other outbuildings. In 1936, the land and house combined appraised for only $3500. By the time William and Elizabeth Packard took possession in 1946, the porches had rotted away and most windows were broken, and the roof had been leaking badly. Insurance companies would not underwrite the property. The general opinion around town was that the house was headed for demolition. And at the end of World War II, building materials were hard to come by. Who would be crazy enough to attempt a restoration?

But the Packards, like Reverend Heilig, persevered. With the removal of the Mansard roof and the second-story porches, the project was much more feasible. Still, the work was expensive and time consuming – new plumbing and electrical systems, new chimneys and fireplaces, and new cement floor in the basement were just a small portion of the overall renovation. But the work paid off, and the Packard family and the subsequent owners were able to appreciate and enjoy the rewards. The 12-foot ceilings with elongated windows on all sides filled the home with light and air. And on the exterior, the drab walls were updated with a fresh, rosy stucco, with salvaged antique wrought iron railings and window grilles filling in for the missing second-story porches. The residence received another update in the early 2000s in the form of an updated kitchen and the addition of the grand porte cochere, among other things. 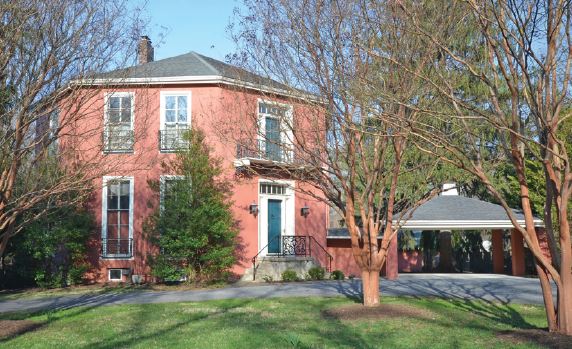 Today, the home is situated on 1.5 acres at 1708 Kurtz Avenue in charming yet convenient Historic Lutherville. Just minutes from York Road, 695, and I-83, and also served by the Light Rail, it’s a commuter’s dream. Yet the home itself feels protected and private, and the back yard and detached playroom building provide a quiet oasis. Through all the renovations, the home has maintained its character with the wide-plank Georgia Pine floors, walnut stairs and railings, Juliet balcony, stunning veranda, and more. Historic Lutherville is part of the National Register of Historic Places and the house itself is part of the Maryland Historical Trust Inventory of Historic Properties.

A full collection of current photos and video can be seen here.

Showings by appointment only. Special thanks to the Historical Society of Baltimore County for much of the research on this article.